The Vung Ang-Vientiane Railway project was conceived with the proposal of the Singapore-Kunming Railway Network at the 5th ASEAN Commemorative Summit. Both the Lao and Vietnamese governments have agreed to jointly develop the Vung Ang-Vientiane Railway project with the goal to increase economic growth, enhance regional connectivity and strengthen international cooperation.

The railway is conceptually designed to be a single track, electrified locomotive that will stretch 241 km. from the Vung Ang Port in Vietnam to Thakhek in Laos’ Kham- mouane Province, and another 313 km. from Thakhek to the Vientiane Capital.

It will be able to directly connect cargo markets of Thailand, Vietnam and Myan- mar to the Vung Ang Port through the Nakhon Phanom-Laem Chabang Railway and the Dawei- Laem Chabang Railway, which will provide a more cost- effective transportation option to export cargoes to larger Asian markets such as China, Japan, South Korea and Hong Kong. Incoming cargoes to the Vung Ang Port intending for the ASEAN markets will also have a cost effective transportation option 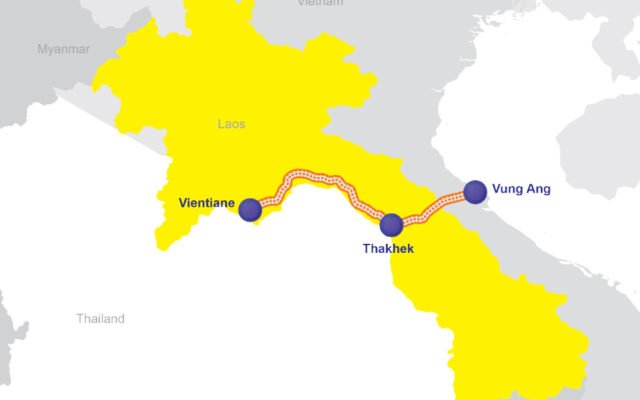